What “The Good Doctor” Can Teach Us About Autism, Relationships, Employment & Safety 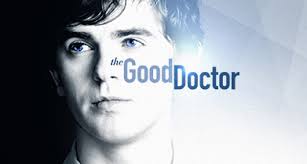 It’s a new month and September will be bringing the series premiere of a new medical drama show on ABC called The Good Doctor.  From the creator of House and taking place at San Jose St. Bonaventure Hospital, the show explores the phenomenal potential as well as the possible problems of having a young surgeon with autism on staff, interoffice politics between bosses and subordinates, and, of course, the formation of romantic relationships within the organization.

The main character in the show is Dr. Shaun Murphy (Freddie Highmore of Bates Motel & Charlie and The Chocolate Factory), a young man with autism that went to medical school and became a surgeon.  Similar to Doogie Howser, M.D., Shaun understands the body’s many functions and uses his memory to visually recall what he has learned.  As a result, he is able to help patients in both unexpected and extraordinary ways in emergency situations (MacGyver fans won’t be disappointed!).  The show also features flashback scenes involving a younger Shaun (Graham Verchere) growing up in Wyoming and his childhood experiences…some very traumatic…that helped shape him into the professional and articulate person he is now. 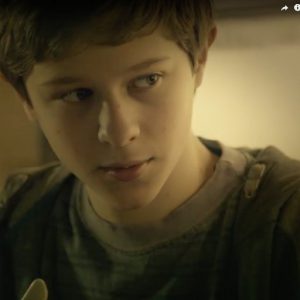 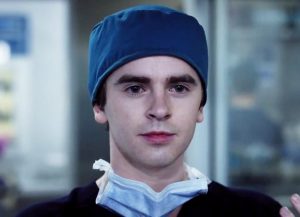 With the help of his longtime friend and mentor, Dr. Aaron Glassman (Richard Schiff), Shaun has secured an interview at a prestigious hospital where Aaron is the president.  The hospital’s board of directors is aware of Shaun and his diagnosis of autism.  Being in the business of saving lives, the board members become skeptical and raise many questions for Aaron about the significant risks involved in hiring someone with autism.  Viewers will get to witness the political back-and-forth between Aaron, Shaun’s very optimistic ally in the battle towards Shaun’s permanent, gainful employment…and the hospital’s very pessimistic head of surgery, Dr. Horace Andrews (Hill Harper), who feels Shaun is unqualified to work at the hospital.  Speaking from experience, in this day and age, it’s not only what you know, but WHO you know that can really take you to high places in securing job interviews and other opportunities for development.

Relationships, whether they are personal or professional, are everything…and The Good Doctor identifies many past, present and potential relationships in Shaun’s life.  Even though Shaun had a verbally and physically abusive father, Shaun eventually found hope for a better future when his brother reminded him, “Never forget…you’re the smart one.  You can do anything.”  More people with autism and learning differences need to hear this from their family members and other loved ones.  Again, speaking from experience, knowing that others believed in me and that they were proud of me allowed me to believe in myself and I have led a better life because of it.

Shaun’s brother being proud of him must have helped Shaun in becoming more assertive when interacting with and reading people as Shaun is able to calmly and effectively question the motives of Dr. Claire Brown (Antonia Thomas) with respect to her relationship, personally and professionally, with him.  This is a very rare but very necessary characteristic when it comes to people with autism in social situations.  Young people with autism want to fit in with their peers and will do just about anything to make this happen.  Unfortunately, the young person may misinterpret someone’s reaction or it could result in the young person falling victim to being set up, used or abused.

Furthermore, like Shaun’s interactions with the hospital security team and the airport’s TSA officers, young people with autism may have encounters with law enforcement personnel that may not end well if the young person doesn’t know what to do or how to behave.  Even if intentions are good, such as Shaun being very persistent in wanting to save a boy’s life, running, fighting/resisting, not following directions, and other problematic behaviors of people with autism could land them on the wrong side of the law.  Once again, speaking from personal experience, a video-modeling curriculum such as Be Safe: The Movie (available at www.besafethemovie.com) can help someone with or without a learning difference understand what to do when meeting police and first responders.  There’s a reason they say “safety first” and leaving safety to chance is simply not an option for young people with or without learning differences! 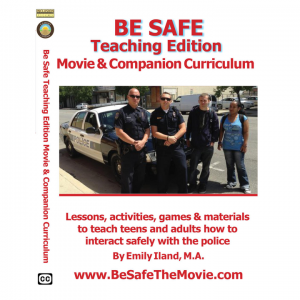 In summary, whether or not you know a lot about autism and the strengths and challenges associated with it…or whether or not you are a fan of medical dramas like House, ER or Grey’s Anatomy, anyone and everyone can learn a lot from The Good Doctor.  The show is a “must-see” for anyone with autism or other learning difference that is looking for permanent, gainful employment as well as any individual or organization that wants to foster change in reducing the 90% unemployment/underemployment rate in people with autism.  Seeing the “ability” in “disability” and, with respect to employment, focusing less on the problems and more on the potential will make the world a better place for people with autism and learning differences.  Hire someone with autism or other learning difference and you will, like Dr. Glassman said, “…give hope to those people with limitations that those limitations are not what they think they are…that they DO have a shot!”

Sometimes being different can make all the difference.

The Good Doctor premieres Monday, September 25th on ABC.  Check your local listings as well as the trailer for the show here: