A Man With Autism’s Tips To Running a Marathon 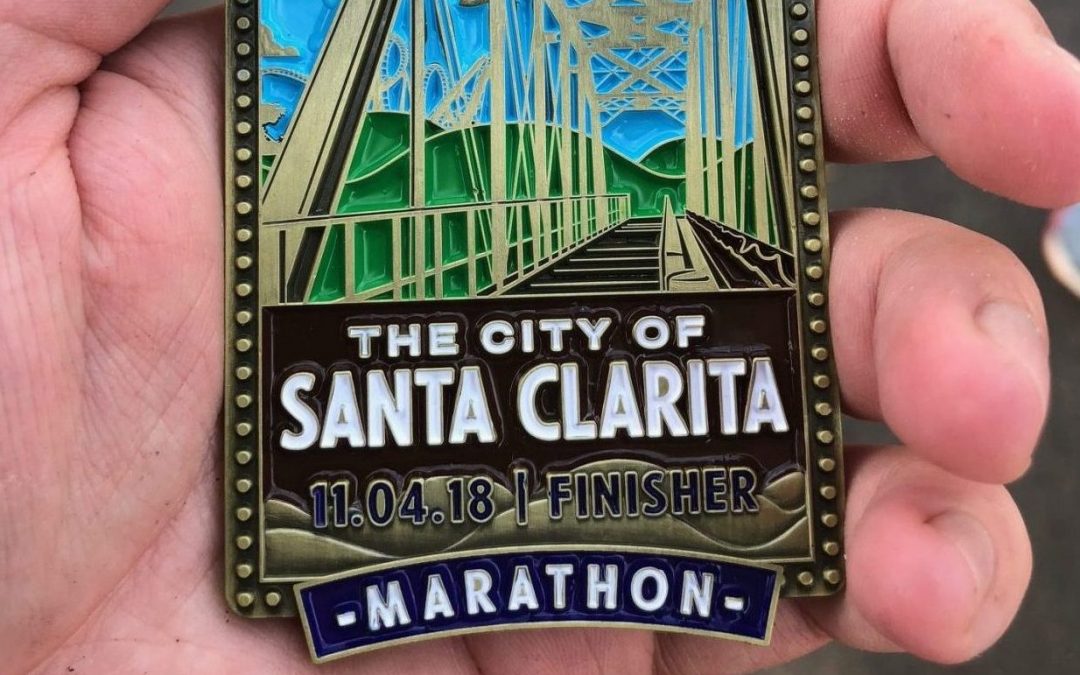 One of my major goals in life is to accomplish feats and realize my true potential in order to bring out the potential in people with autism and help them see that they, too, can accomplish what they want.  Furthermore, I strive to be in great physical and mental health in order to live a long life and share my lessons learned with as many people as possible for as long as possible.  Through family and friends, I discovered one such endeavor that could help me meet these objectives and that was to run a full marathon!  It’s no easy task as less than one percent of the world’s population has ever run a full marathon (26.2 miles or about 42 kilometers).  It’s a journey that requires a lot of training, determination, and self-awareness.  It’s also an opportunity for all individuals regardless of age, background, diagnosis or other condition or circumstances to leave these “labels” behind and let their true and best selves shine.

Here are some of the steps I took that helped me see through my goal of running a marathon. 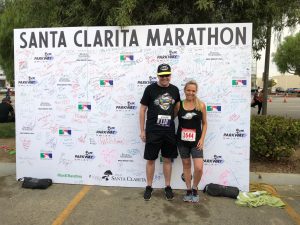 My girlfriend and I went in on this race together.  Her goal was to run a half-marathon while my goal was to run the full marathon.  The Santa Clarita Marathon was scheduled for early November; therefore, my girlfriend and I joined a running group (it didn’t cost us anything!) and began to train in early July.  The group had a variety of people ranging from first-time runners to Iron Man triathletes (which I also plan to become!).  All of them were very welcoming and happy to see me whenever I showed up and I admired how they held me accountable and cheered me on during my training.  If I missed a practice run, they’d ask, “Where were you?” or say “We missed you on Saturday.”  If I felt tired or drained during a run, they’d tell me, “You’ve got this!” or “You can do it!”  This gave me the mental ‘push’ I needed to keep going forward and finish what I started.  This group soon became my running “tribe” and it felt awesome to run with them in practice and during the actual race.  They even invited me to an after-party the day of the race and we all celebrated our accomplishments together!  Lesson learned: You don’t have to go it alone and it feels awesome to have people to help you up when you’re down.

No two people have the same marathon preparation or routine.  One person might be able to run for more than five minutes straight without feeling winded while another might alternate between running and walking one or two minutes at a time.  See how long or how far you can run for a certain period of time and then see if you can go farther or faster as you progress through your training.  The same experimentation goes for our bodies and our reactions to certain food and drinks.  Each of us has certain energy foods or drinks that we can and cannot tolerate.  This is particularly the case when it comes to gastrointestinal matters associated with autism.  Being aware of what you’re allergic to or what can make you more energized with little to no side effects will help you best during your run.  If you’ve begun your training early, you can seize the opportunity to find out what makes you stronger and what makes you sicker.  This way, you can consume more of what makes you stronger and avoid what makes you sick during the race.

I made the mistake of not seeing how Powerade impacted me during my training.  On race day, people offered it in cups at every mile and I drank a cup of it followed by water, thinking that the electrolytes would be good for me.  I got through the first 15 miles of the race at an awesome pace and ahead of my planned schedule (I planned to run all 26.2 miles in under five hours).  Unfortunately, the sugar in the Powerade caught up to me at Mile 15 when my calves started to cramp…like the back of my lower legs had detached from my body!  As a result, it hurt to run and I ended up having to walk the last 11 miles of the race!  I ended up finishing in 5 hours and 33 minutes, which wasn’t bad given the circumstances and being my first marathon.  On the other hand, had I consumed Powerade during my training runs, I may have figured out earlier that Powerade, Gatorade or other “sports drinks” are like Kryptonite for me.  Lesson learned: If it doesn’t work for you or you haven’t used it in your practice runs, it likely won’t work for you and you shouldn’t use it in the real race.

There were plenty of times, particularly with the pain I was experiencing after Mile 15, that I wanted to give up and call it a day before finishing.  What kept me putting one foot in front of the other for the last 11 miles until the finish line though was telling myself that I was there to realize my potential and inspire people with autism to fight through their own obstacles.  In addition, I consider myself a man of high integrity and this integrity was actually put to the test during my marathon!  At Mile 20, an older gentleman had collapsed from heat exhaustion to the point where a fire truck and ambulance were called to him.  I continued on the marathon path which included a U-turn back to where this gentleman had fallen.  I was at 22 miles by now and, as I was approaching where the gentleman had fallen, I noticed the fire truck was getting ready to drive away.  At this moment, I had a major decision to make…do I sacrifice some integrity and get on the back of the fire engine without the firefighters knowing and ride it for about half a mile, which could be seen as a form of cheating…or do I maintain my integrity, let the fire truck go and keep on walking?  I chose the latter and watched the fire truck drive away.  Other runners weren’t getting a free ride and neither should I…I had to run or walk the entire 26.2 miles and that’s what I was going to do no matter how much it hurt.  I felt gratitude for the lessons I learned about myself from this run and they empowered me to keep going!  Lesson learned: Positive affirmations about yourself and your reason(s) for running will help you cross the finish line.

In summary, running a marathon is hard to do, but preparing accordingly, having people to hold you accountable and understanding your motivations will allow you to finish the whole thing!  Once you finish, you’ll realize that you can accomplish so much more than you ever thought possible!  I’m pleased to report that I was able to walk without pain again within only four days after the marathon.  I saw a chiropractor the day after the marathon and got a massage the day after that as a reward to myself for a job well done!  In the future, I’m confident that, without Powerade in my system, I could likely shave an hour or more off my marathon time!  I see myself running more marathons and becoming an Iron Man triathlete…all because I chose to take the first step!