3 Things to Remember After the Election Results 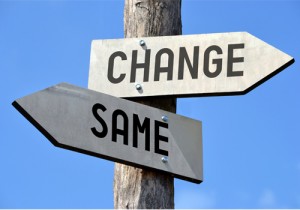 Now that Donald Trump has been elected to be the next President of the United States, you are likely experiencing a high degree of fear and uncertainty about the future.  What is going to happen to our country?  Will there still be funding for my support services?  Is my health insurance at risk?  How do I teach my child right from wrong?  The list goes on and on…!!!

For parents, along with those that have been told they have a disorder, disability, condition, etc., you might be experiencing similar emotions now as you did at the time of your diagnosis or that of a loved one.  You might be dealing with great shock or sadness.  You may be feeling like your best efforts were not good enough or not even worth it.  You may not have liked what you were told at first, and you may still not like it to this day.  While you finally get an answer about something that you’d been waiting on for what seems like forever, you suddenly find yourself with even more questions than you started with!  Wanting to change the past is not the best use of your valuable time and energy.  Instead, accepting the cards you have been dealt and making the most of what you have will help you move forward.

Here are some things to keep in mind after this election and why remaining hopeful rather than hopeless is imperative to having a better future:

In closing, even though the election results have been a shock to many of us, let us see the outcome as an opportunity to improve our country for the better in the future.  Unfriending and blocking people based on their choice of candidate is not the way to unite…it only furthers the divide that put us into this situation in the first place.  I am reminded of Stephen Covey’s 5th habit of highly effective people: Seek First to Understand, Then To Be Understood.  If we make a real and genuine effort towards the former by listening to each other on a deeper and more personal level and finding out why things are the way they are, we can get to the root of the matters that have torn us apart and start making real and everlasting change for the better for all.